So I apparently wrote this post back in the beginning of January and completely forgot about it, so enjoy 🙂

Now granted, a lot of the books are cheesy romances but I’m not complaining.

This time, the author I chose is Alice Ward. Take a look at the standalone novels I read from her.

I absolutely adored this book.

Gray’s wife and little baby dying was heartbreaking. And him trying to move past it was done so well. I loved how they both came to terms with things in their life through talking it out together. They weren’t one upping each other, they were respectfully understanding the tragedies that struck the both of them.

So the premise of this is pretty cheesy. I mean, of course he would rescue her from dying and she would stay with him throughout the entire storm. Is it realistic? No. But did I love It? Fuck yes.

Also, the dog and the cat were literally my favorite. For some reason, the addition of those little guys made this novel so much better.

In the end, the romance was insta-lovey and adorable. And it was such a quick read. Definitely a good novel to pass the time and leave you feeling warm and fuzzy.

But seriously… like Fifty Shades, if this guy wasn’t a hot millionaire it would be a Criminal Minds episode. 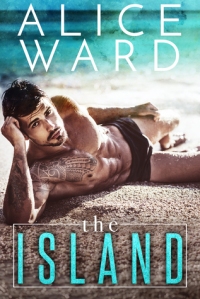 Wow. That was a change in pace.

I loved the cabin. But I fucking hated The Island.

He was Kendra’s goddamned boss. She was interning for him and all he tried to do was get into her pants. In really creepy and sexual harassment type way. It wasn’t sexy, it wasn’t cute… it was creepy af.

Eli is disgusting and needs to be punched in the throat. This is honestly just perpetuating every sort of ‘no doesn’t really mean no because she’s attracted to me’ BS. It’s gross.

This was written more like crappy fanfiction. I’m not impressed at all.

Not going to lie, I read about 50 percent and then skim read the rest of it. But if I had to read about how hot Eli thought he was one more time, my Kindle was going to become acquainted with my wall and I don’t have the money to replace it.

Stay away from this one. It’s just bad. 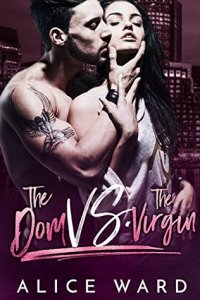 Besides the fact that this novel has a ridiculous title, the novel was actually pretty good. The whole ‘The Bachelor’ story line was actually pretty hilarious and pretty well done. I’ve never enjoyed those television shows, but reading it in a book interesting. Minus of course that pretty much every girl was a stereotype except for Emery.

You had the mean girl, the promiscuous one, the sweet one, ect ect. All the other women were basically just one dimensional air heads just to move the story along. They weren’t fleshed out at all and that kind of annoyed me.

The other thing was the backgrounds for Emery and Rhett. It seemed like the author just thought to herself ‘Hmm, how can I make this as dramatic as possible?’ The stories weren’t bad, don’t get me wrong. They were pretty well fleshed out but so unrealistic.

This was actually pretty enjoyable. I did enjoy the conversations between Rhett and Emery, their flirtations and banter. This would definitely be one that I would recommend someone who loves romance reads. It wasn’t quite as insta-lovey as the other novels.

I was going to read another novel, but I’m just going to quit while I’m ahead. This author seems to be really hit or miss for me. Honestly, most of the novels don’t seem to be that terrible.

I would proceed with caution if you’re going to give this author a go, though.