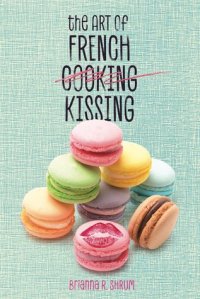 Seventeen-year-old Carter Lane has wanted to be a chef since she was old enough to ignore her mom’s warnings to stay away from the hot stove. And now she has the chance of a lifetime: a prestigious scholarship competition in Savannah, where students compete all summer in Chopped style challenges for a full-ride to one of the best culinary schools in the country. The only impossible challenge ingredient in her basket: Reid Yamada.

After Reid, her cute but unbearably cocky opponent, goes out of his way to screw her over on day one, Carter vows revenge, and soon they’re involved in a full-fledged culinary war. Just as the tension between them reaches its boiling point, Carter and Reid are forced to work together if they want to win, and Carter begins to wonder if Reid’s constant presence in her brain is about more than rivalry. And if maybe her desire to smack his mouth doesn’t necessarily cancel out her desire to kiss it. 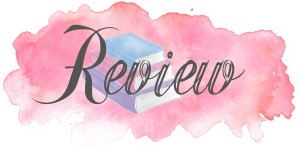 Have you ever read a book by this author before?
No

If it’s a series, would you continue reading it?
Yeah

Is this a part of a challenge?
No

Who would you recommend this for?
Anyone who enjoys light hearted YA Romance like Anna and the French Kiss or anything by Huntley Fitzpatrick!

This was absolutely fantastic. It was like watching an episode of Chopped or Masterchef and then there was an adorable hate-to-love romance in it. Seriously, what could be better? Nothing. The answer is nothing.

Okay, so at first, Carter kind of got on my nerves. She escalated the little rivalry between her and Reid unnecessarily. But I mean, she’s a 17 year old girl in a competition that decides whether she goes to college or not. She grew on me after a while. Even Reid was kind of annoying for a bit, but I can’t not love a hate-to-love romance that’s super cute and not abusive.

There’s not a whole lot to say about this. It was sweet, adorable and obviously had a HEA cause otherwise I’d be pissed.

This releases June 5th, and I highly recommend it being on your radar!

1 thought on “The Art of French Kissing by Brianna R. Shrum”