So this last week or so of fostering has been interesting.

Noah is doing fantastic, as per normal. He’s learning to become more affectionate and actually ended up sleeping in bed with me the other night. I’ll allow this as long as him and Precious aren’t getting into it before I go to bed. If they’re fighting, or if I hear any fighting before I fall asleep, Noah spends the night in the foster room.

It’s alright though, he gets a big pile of treats and some pets as a goodnight and gets to spend the night with his baby blankets in the hideaway, which he absolutely adores.

He still hasn’t had any visitors or (as far as I know) any inquiries. But I only end up finding out a couple days in advanced. I hope he gets adopted soon, he is so affectionate and so lovey. He really needs a forever home. 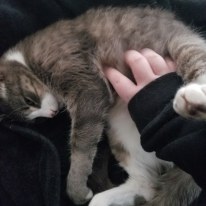 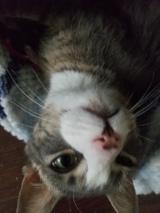 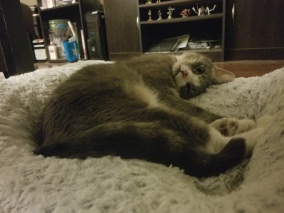 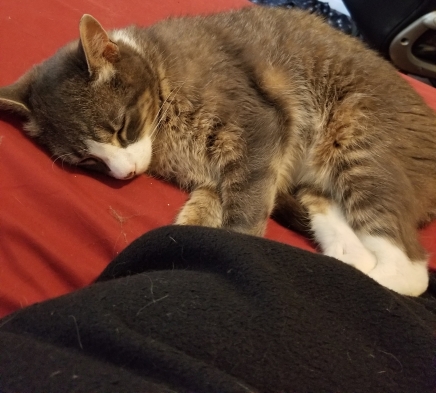 So George and Ruby are a bonded pair that actually came in with three kittens. The kittens ended up being exposed to Panleuk, so they had to be separated from their parents pretty fast. In a sense though, it’s okay. The kittens are doing find without them and it keeps them from being at risk of contracting Panleuk.

These two are what I liked to refer to as Love Birds. They are like a kitty married couple. Ruby won’t go anywheres without George. If she’s not on top of him, she’s touching him at least. It’s seriously the sweetest thing to see.

I was supposed to be introducing them last week, but something very scary happened. If you don’t follow me on Twitter or IG, I do recommend it if you like to follow the progress of the kitties, then you probably don’t know that the other day I woke up with one of my foster room floors nearly covered in blood. It was the scariest, shocking thing I think I have ever woken up to.. well, recently.

Anyways, George or Ruby (we didn’t know which one yet) was vomiting blood. We couldn’t really figure out what happened and neither could the vet. The best guess was that George ended up consuming something that irritated his stomach.

After a few days on some medication and some IV fluids because he was dehydrated, George ended up back with Ruby. And now they’re doing so well together. They’re back with me, kenneled for now, and we’re making slow progress in getting them to love me.

George will eat treats out of my hands and Ruby started nipping at my fingernails tonight, so I guess that’s a good sign haha.

Take a look at my lovebirds here :
I can’t handle all the sweetness ❤ 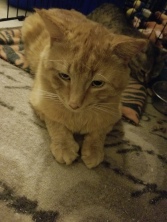 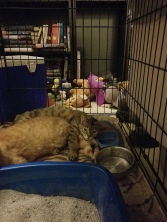 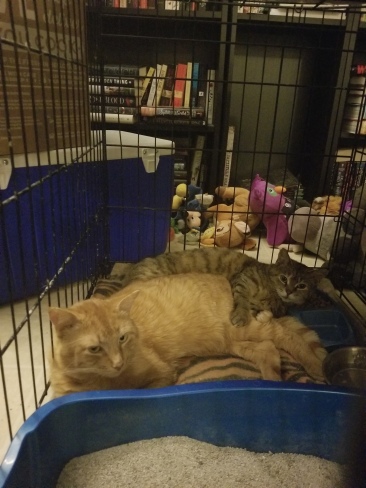 As usual, any questions, ask away 🙂