Skip to content
Hey all,
Welcome to another Blogtober post! This time I have Ebru from Ebsandherreads here to do a guest post!
I’ve followed Ebru on Twitter and her blog for quite a while now. If you’re looking for some insightful and creative posts, definitely check her out!
Hey guys,
During my very busy summer holidays, I managed to read the Murder on the Orient Express by Agatha Christie. A few days after reading this book, I ran into the movie and a comparison idea popped into my mind, so I had to watch it.

Here are my thoughts:
You know that picture on Facebook of a castle; portion of it over water and majority of it under water. It’s usually used to describe book vs movie – what you’re shown and what the reality is… It was so true for this book. 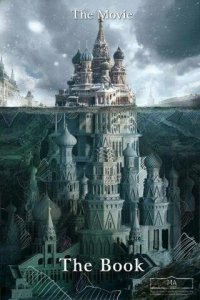 The book was although short, had a lot of details in it. It was so cleverly written that I didn’t have a clue as to who the murderer was until it was actually revealed to us. It had me guessing with each turn of the page and I was never bored. This was a 5-star read for me due to the mystery, the brilliant way it was written and the unpredictable way the events turned out.
The movie; felt very rushed and from the get go they’ve changed things in it. The actors didn’t match up to what I had in my imagination (I find to be a major problem for me anyways) and some major characters were even cut out. I won’t lie, the movie left me a bit disappointed. I believe the only part that I enjoyed in the movie was the scenery…
While reading the book, I really enjoyed the process of the investigation and the methods Hercule Poirot used to come to his conclusions. In the movie, I’ve really looked forward to seeing his thought process and methods to come alive, however, it was all rushed and things that didn’t occur in the book, happened… 🤷‍♀️
So, in a nutshell the book wins this round as always. 💕😊
Have you read the book? Or watched the movie? What did you think? If you had to compare, how would you rate each?
Let’s chat 💭
😘😘😘

You can find Ebru on her

3 thoughts on “🎃Book vs. The Movie: Murder on the Orient Express by Agatha Christie – Guest Post by Ebru”